Perhaps the most famous UFO incident in history occurred in Roswell, New Mexico in 1947. It’s hard to imagine, now, but the incident was first reported to the news media by the military. After initially releasing a statement that the 509th Bomb Group at Roswell had recovered a “flying disc” (of extraterrestrial origin) the military, the next day, changed their story. It had all been an embarrassing mistake, so the story went, and the debris which were found were merely the remains of a crashed weather balloon. Over the years hundreds of witnesses have come forward to claim that the weather balloon story was simply a cover and that, indeed, the initial reports were correct – the incident involved the crash of an alien craft. In fact, it seems incredibly unlikely that the most elite bomber squadron in the world could mistake a weather balloon for an alien spaceship for 30 seconds, let alone 24 hours.

While most people are familiar with the Roswell incident, to one extent or another, less people are aware of the fact that there were rumors of two, separate crashes of alien crafts – miles apart – at about the same time. Stanton Friedman has done considerable research into a story about a second UFO crash which supposedly occurred on the Plains of San Augustin (over 100 miles west of the Roswell crash site). Friedman’s research, as always, has been exhaustive in this matter and he make a persuasive case for a second crash. Much of his case is built on the testimony of a man by the name of Gerald Anderson. Anderson claims that, as a small boy, he was rock hunting with his family when they came upon a crashed saucer and alien bodies.

Anderson: an interesting story, but not without problems

While Gerald Anderson took a polygraph at the request of Stanton Friedman and was determined to be telling the truth, his credibility has come under attack from other researchers.  It’s been proven, at the very least,  that Anderson is not above falsifying a phone bill to bolster his various claims. Though it’s arguably of little relevance to his actual UFO story, Anderson described a phone call with UFO researcher Kevin Randle – an Anderson critic – in which he swore that Randle was hostile and that the conversation lasted no more than 30 minutes. Adamant about the details, Anderson produced a telephone bill which indicated the call lasted 30 minutes. Randle described the conversation as much more friendly, and, said that it lasted for more than 50 minutes.  Unfortunately for Anderson, Randle had recorded the call (apparently without Anderson’s knowledge ) and was able to prove that Anderson was lying – and that  he’d gone to the lengths of  doctoring a phone bill to mislead people.

Too, Anderson eventually produced a diary which he purported belonged to his uncle Ted – an adult witness at the crash site. Researchers found it “convenient”, and odd, that Anderson had been interviewed for years and never mentioned the diary. Further, scientific testing revealed that the ink used on many of the entries was not in use until the 1970’s (decades after the entries had supposedly been made). Anderson’ story was that various individuals (including his uncle) had likely made revisions, annotations, etc. at later dates.

Despite the fact that Anderson has been caught lying about the phone call and may have doctored the diary, Friedman and others still suspect that the basic facts of his story are likely true. It would certainly seem an odd story to simply invent – and, Anderson did pass a polygraph. If Anderson is lying, what is he gaining?  At any rate,  the possibility of a second crash site constitutes one more mystery in the odd saga of Roswell.  And reports of a second crash come from others, as well.   I think you’ll find this audio interview very interesting, whatever you believe. 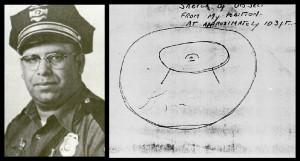 The Lonnie Zamora UFO sighting is often cited as one of the most compelling on record by leading UFO researchers. The single witness, Lonnie Zamora, was a police officer in the town of Socorro, New Mexico. On April 24th, 1964 Zamora was chasing a local teenager who was speeding through town when he heard a […] 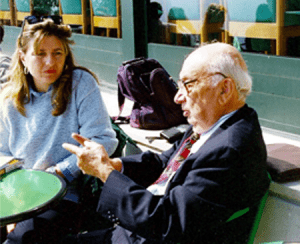 The late Colonel Philip J. Corso was a career Army officer who spent much of his career working at intelligence related posts. UFO researcher John Alexander, who did a significant amount of research into Corso’s background, states that it would fair to characterize Corso as “a former Army intelligence officer….with a heavy background in research […] 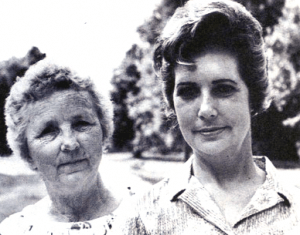