If investigators can be seen arguing among themselves, and, chasing false lead down blind alleys it’s much more likely that the general public will see the subject as nothing more than some sort of silly, urban myth. And that is something which, in the opinion of many, the U.S. government would prefer.

And if the government is conspiring to cover up the truth about UFOs and extraterrestrial life the new wave of “conspiracy madness“, which has been sweeping the airwaves and the internet, may serve – much like a government disinformation campaign – to cast real conspiracies into disrepute. It’s a matter, essentially, of guilt by association. Unfortunately, suggest a government conspiracy regarding any subject and many immediately presume the message is likely the ravings of a lunatic. No one has helped to further this perception more than Alex Jones.

Alex Jones: everything is a conspiracy

It’s doubtful that anyone reading this has not heard of Alex Jones. In early 2013 his interview with Piers Morgan on CNN, regarding gun control, made headlines. Piers Morgan, failing to get more than two dozen words in edgewise, allowed the interview to degenerate into something more on the order of a maniacal tirade from an apparently bi-polar, clinically paranoid Alex Jones. Wild-eyed and tangential Jones was essentially left to free-associate on a host of subjects (including, but not limited to, gun control) while loudly proclaiming himself to be a “defender of The Republic” and painting himself – gosh darnit – as a real, bona fide, American hero.   Jones, not surprisingly, found the time to attack Morgan’s status as a real American (since he’s an immigrant from the UK), and, eventually even challenged Morgan to a boxing match (seriously). His delivery was as absurdly melodramatic as it was contentious, barking like some sort of Neanderthal man on crystal meth. His most lucid moment appeared to be when he looked straight at the camera, with a smile, to give directions to his web site (Infowars.com). Gotta pay those darned bills, right Alex….?

Just as prospectors, in the 1800’s would shout, “There’s gold in them thar hills” Alex Jones knows, now, that there’s gold in those crazy conspiracy theories. While he paints himself as someone who “rails against the machine”, a champion for truth and the little guy, he’s raking in millions. In 2011 his radio show had a larger listening audience than Rush Limbaugh and Glenn Beck combined. It would seem that Alex Jones is a part of the machine, a raging capitalist who will say and do anything to make money. Shortly after his appearance on CNN he taped a video piece from his hotel in New York. In a whisper Jones leaned into the camera and did everything short of say goodbye to his family as he explained that he and his crew were being tailed by Bloomberg’s “goons”, and, suggested to listeners that he would likely never leave the city alive. Apparently, despite the best efforts of Bloomberg’s hit squad Jones slipped through their fingers and made it home just fine – and one more of Jones’ dire predictions proved to be wrong.

Even the snakes have snakes under their beds…

Certainly Jones isn’t the only individual who promotes oddball – if not completely crazy – conspiracy theories.  But while most conspiracy buffs choose to highlight a particular conspiracy, Jones’ world is a dizzying house of mirrors in which  he seems to suggest that virtually everything that happens is the consequence of a conspiracy.  Jones’ world is one where dangerous, pernicious subterfuge lives at the bottom of literally every news item.   It’s a place where even the snakes, one begins to feel, have more snakes under their beds.

Name on oddball conspiracy theory, and, if it wasn’t the brainchild of Alex Jones he likely gives it his endorsement. Along with his kooky iteration of the “911 conspiracy” (not only was it a conspiracy, but there were no planes – they were missiles) Jones’ web site recently featured page after page in which it attempted to prove that the Sandy Hook School Massacre was a “false flag” operation, and, that the parents and first responders were all actors. Indeed, it doesn’t get much wackier than Alex Jones.

Jones is also a prolific predictor of future events and conspiracies, too (the fact that he’s almost invariably wrong doesn’t seem to bother his devotees). The following video recently appeared on YouTube, highlighting some of Jones’ daffier theories, and, his complete failure as an oracle through which we might all glimpse the future: 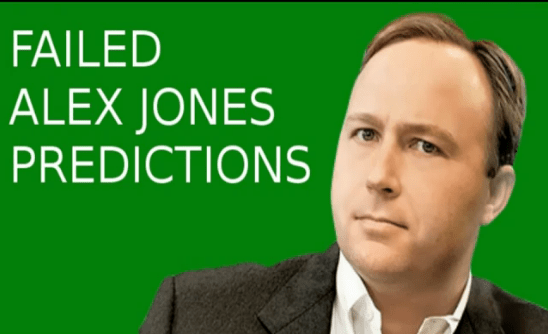 
Ufology: fighting for legitimacy amid the “conspiracy noise”

It’s not as if conspiracies aren’t real.  Of course, throughout history all kinds of events have happened as the result of various conspiracies. That governments periodically lie and keep secrets is a fact. But, over the last few years, the noise level surrounding a host of exceptionally bizarre conspiracy theories (having little or no basis in demonstrable facts) has been raised to such a pitch that the mere mention of a conspiracy causes the ears of the sensible to begin ringing and stomachs to begin churning. Mention a conspiracy and, quite understandably, a lot of folks presume they’re about to listen to the musings of some madman.  And having had their intelligence insulted with a litany of kooky, even appalling, conspiracy theories many people simply tune out at the mention of yet another…

The moment one uses the word “conspiracy” people like Alex Jones have created a climate in which otherwise reasonable people immediately stop listening – irrespective of the data.

All of this, of course, presents a problem for getting at the truth on the rare occasion that a genuine conspiracy exists. And of the various conspiracy theories which abound in popular culture none is more strongly supported by such eminently respected individuals, as fact, like the theory that governments are conspiring to suppress information about UFOs and extraterrestrial life.

So, mention a conspiracy and folks tend to think of Alex Jones, Jesse Ventura, or, any one of a number of folks who seem to believe that almost everything is a conspiracy.   But if you take a look at the people who believe that governments are conspiring to withhold the truth about UFOs and extraterrestrial life, they’re certainly not the usual suspects.

On numerous occasions the late Monsignor Corrado Balducci stated that the Vatican is actively involved in studying UFO reports which, he said, they receive from their embassies around the world. Prior to his death Balducci was interviewed numerous times on the subject of UFOs (and extraterrestrial life) and observed that it would be foolish to ignore the enormous body of human testimony describing UFOs and ET (the same sort of testimony, he noted, upon which Christianity is based). He stressed that the existence of extraterrestrial life is not something which the Vatican views as inconsistent with the Catholic faith.

It’s interesting – and somewhat ironic – to consider that if the government is keeping secrets about UFOs (and other things) it’s arguable that they have a powerful ally in people like Alex Jones. By constantly promoting preposterous conspiracies, the mere mention of a government conspiracy may lead a percentage of sensible folks to simply shut down. In the same way that Edgar Mitchell said government disinformation campaigns casts aspersions on the subject of UFOs, transparently kooky conspiracy theories tend to make all conspiracies sound silly. All of which might lead some to conclude the following:  a conspiracy in which Alex Jones was actually paid by the government to perpetually disseminate nonsense may be more plausible than Jones’ (and others) theories themselves. 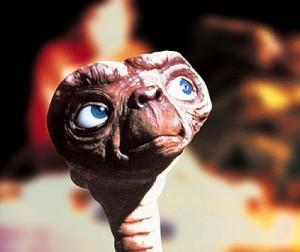 4 Reasons ET would absolutely know we’re here …and one reason why we might not know that they know. In a recent article on Forbes.com contributor Bruce Dorminey suggested that if, indeed, advanced technological societies exist elsewhere in the universe they would certainly be aware of the planet Earth and it’s inhabitants. In his article, […]