…and one reason why we might not know that they know.

In a recent article on Forbes.com contributor Bruce Dorminey suggested that if, indeed, advanced technological societies exist elsewhere in the universe they would certainly be aware of the planet Earth and it’s inhabitants.

In his article, titled “5 Reasons E.T. Would Already Know We’re Here” Dorminey actually gives four reasons why ET would certainly know of our existance. His final point, actually, endeavors to answer the following question posed by Enrico Fermi: if a highly technologically advanced race of ETs is out there, somewhere, why the heck aren’t they here? And the answer to this question, Dorminey suggests, may be fairly simple. Perhaps they are here, and, we simply don’t know.

Further, Dorminey obvserves that while the SETI organization’s search for extraterrestrial radio signals has failed to turn up anything in 50 years (SETI is an acronymn for “Search for Extraterrestrial Intelligence”) the universe is an awfully big place. The fact that we have yet to find them, quite simply, doesn’t mean that they don’t exist. He essentially echoes the sentiments of many by offering the idea that “the absence of evidence is not evidence of absence”. While SETI has yet to find a radio signal from eminating from another technically advanced, alien planet Dorminey says that it’s still “premature to think that we have cornered the Milky Way’s market on intelligence”.

Dorminey hits upon some very good points, even if his list could have been organized a bit better. So below is his list, edited just a bit, along with his explanation for why we might not know that we’ve already been visited.

Technologically, our own stealth bomber, which saw fruition a mere 75 years after the Wright Brothers’ first powered flight, can render itself virtually undetectable on radar. And research is already underway on atmospheric cloaking technology to make aircraft optically-invisible as well.

Thus, if E.T. is merely 1,000 years ahead of us, surely they would have much more advanced cloaking mechanisms that would allow them to operate within our geo-sphere with impunity. The end result would be somewhat akin to using a one-way mirror at a primate zoo. 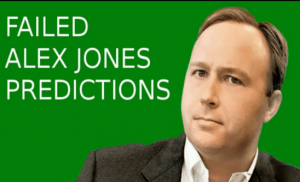