The fascinating video on this page details a UFO incident which allegedly occurred in Melbourne, Austrlia in 1966. From Wikipedia:

“The Westall UFO encounter is an event that occurred on 6 April 1966 in Melbourne, Victoria, Australia. Around 11.00 am, for about 20 minutes, more than 200 students and teachers at two Victorian state schools allegedly witnessed an unexplained flying object which descended into a nearby open wild grass field. The paddock was adjacent to a grove of pine trees in an area known as The Grange (now a nature reserve). According to reports, the object then ascended in a north-westerly direction over the suburb of Clayton South, Victoria, Australia” 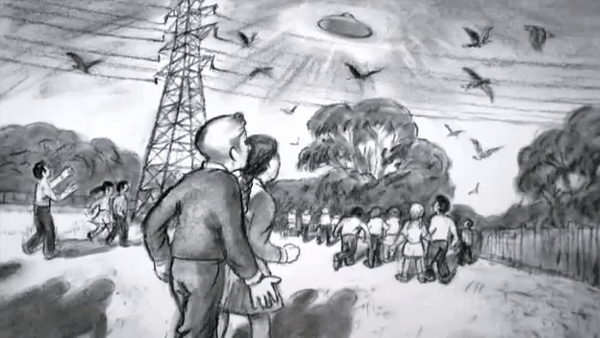