The co-founder of string theory and one of the most respected physicists of modern times tends to believe that some UFOs have other-worldly origins. In an appearance on MSNBC’s “Town Square” Michio Kaku suggests that Leslie Kean’s new book – “UFOs: Generals, Pilots, and Government Officials Go on the Record” – is as close as we’ve ever gotten to proving that we’re being visited by aliens. Regarding UFOs Kaku explains….. 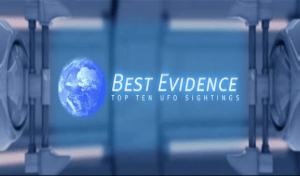