Possibly the best UFO witnesses, ever

Therefore, The Rendlesham Forest UFO incident presents a real problem for debunkers and skeptics from a variety of perspectives. In the late 1970’s and early 1980’s the United States had command of two adjoining military bases in the English countryside, RAF Bentwaters and RAF Woodbridge. The bases were located in an area known as The Rendlesham Forest. In violation of a treaty between the U.S. and the United Kingdom, it’s now widely known that the installation was stockpiled with nuclear weapons. Due to it’s extremely sensitive nature – the most top-secret military base in the world, at the the time – the Air Force staff at that base were arguably the best that the US military could assemble. In fact, the military police at the base were given monthly quizzes in which they were shown black outlines of every known aircraft. If they couldn’t identify everything known to fly on the planet Earth, from a black outline, their jobs were in jeopardy. There was a lot at stake and, again, one can only presume that nothing was left to chance – including the superior training and qualification of the base’s staff.

A brief overview of the incident

During three days around Christmas, in 1980, as many as 60 base staff members observed UFOs hovering near the Bentwaters installataion, and, shooting beams of light to the ground in the vicinity of the weapons storage area. On the third night, Lt. Base Commander Charles Halt was summoned from a Christmas party to lead a team into the woods to investigate strange lights. Halt carried a small, pocket tape recorder on which much of the nights events were recorded. In the woods, the party found an area of high radiation and impressions in the ground which suggested a craft – of some sort – had landed. Above the landing area tree limbs had been broken suggesting something had moved upwards and/or downwards through the canopy of vegetation. The group observed strange lights, moving at incredible speeds, in the night skies above the forest. Eventually, while standing in a clearing, one of the craft stopped on dime above Halt and some others and shot a pencil-like laser beam at their feet. 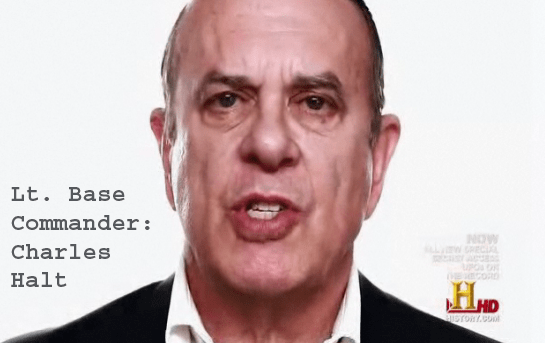