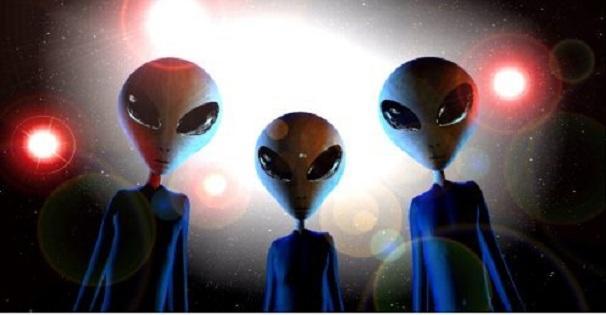 My wife found this (the article, below) on the web in late 2013. She did a search for “car-pool alien abduction Flint”, and, stumbled across this posting. It was obviously written by my co-worker, Felicia. I was pretty shocked – to say the least….
Note: This article is reprinted, and, the original can be found at http://worldufophotosandnews.org/?p=3345

“In March 1994, myself and fellow co-worker carpool together to work in Brighton Michigan. The week that this incident happened it was her time to drive. So usually when the other would drive we would take a nap. So that was what I was doing when I wake up to a whirling noise sounding like womb, womb, womb and the full size van with camper on top was spinning around and around. But it seem as though we were still and it was spinning around. I also notice that there was a bright white cloud surrounding us. It was bright like a light. I also observed my co-worker was acting like she was in a trans of some kind looking straight forward and when she would turn the steering wheel from left to right the van would move side to side as though no ground underneath. Then I blacked out, next thing I remember is coming down from the sky in an incline at top speed, very fast toward on going traffic. Then all of a sudden we stop. Neither one of us moved out seats, we were still. So I look back to see if we could bag up and go the way we were going or go back to the last exit and turn around and head to work. But when I looked back it was as though we were in a huge football field lit up with very bright colors. reds, yellows, green, and orange. keep in mind this happen around 4 am and it is pitch dark at this time in the winter. So we decided to go to the last exit we had just past and turn around and head to work since we were not harmed. So we did during this time there was a lot of traffic, no one stopped to help or the incident didn’t stop traffic at all. It was as though no one saw us. Well when we got to our jobs we were 1 hour late. We left in plenty time for work so we should have been late but what bothered me the most is how some co-workers that follow the same highway saw the craft. Several eye witnesses said it was massive.

I put 2 and 2 together and realize that we were in it and the strangest thing of this whole incident is that I became pregnant with my oldest son who is now 17 years old.

NOTE: The above image is a rendering.”